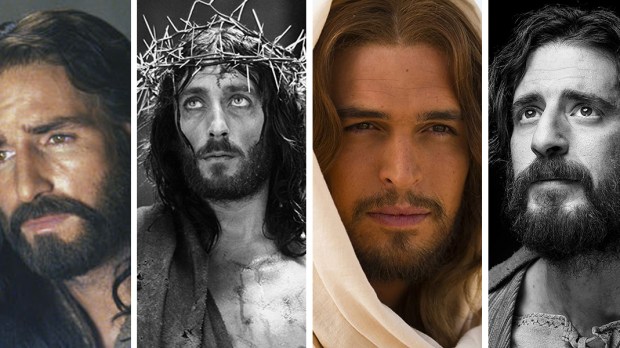 Jesus asked the disciples a question: Who do people say the Son of Man is? That question has different answers for different people. To the Jehovah Witnesses, Jesus is a created being, the son of God, but not God Himself. To Hindus, Jesus is just one of the many gods that exist the mystical chris. To Muslims, Jesus is a good man, an esteemed prophet but not God. The book of Revelation is the revelation of Jesus Christ (not just the revelation from Jesus Christ). Jesus is revealed as the Alpha and the Omega. He is the one who was and is and is to come. He is the King of kings and the Lord of lords. It is imperative that we understand who Jesus is. A defective view of Jesus will affect our Christianity. A right view of Jesus will transform us. Let’s take a look at Hebrews.

Jesus is not a created being: In the beginning was the word, and the Word was with God, and the Word was God (John 1: 1). It was the divine Jesus that created the heavens and the earth (John 1: 3; Colossians 1: 16). Creation is fascinating: there are so many animals and birds; there are beautiful flowers and breathtaking landscapes. I still remember New England autumns where the leaves would change from green into resplendent colors before dropping off to signal the coming of winter. Scripture indicates that God created ex nihilo (out of nothing); He created without pre-existing materials. If i give an artist some materials to work with, he would be able to create something, but to ask him to create something out of nothing would be impossible. Even the theory of evolution requires the pre-existence of matter.

The world was created by the spoken word. Jesus just spoke and the world came into existence. He created both what is visible and what is invisible: the visible refers to everything that we can see including the various celestial bodies; the invisible refers to the spiritual world of angelic beings. As God finalized His creation, He created man in His image: “So God created man in his own image, in the image of God he created him, male and female he created them” (Genesis 1: 27). The earth was created for the benefit of man. God provided everything that was needed before placing mankind in the earth. Creation is for God’s glory and man exists to worship God.

Creation demonstrates God’s omnipotence, wisdom, love and sovereignty. The Bible says that the earth is the Lord’s, and everything in it, the world, and all who live in it; for he founded it upon the seas and established it upon the waters (Psalm 24: 1, 2). God provided everything that man needed. Because He is the omnipotent God, He is able to intervene in the situations of your life. There is absolutely nothing that God cannot do for you that is in perfect conformity to His will. God will provide for you even in supernatural ways. The story is told of a minister who spoke on the importance of generosity. A little girl took that message to heart and began putting aside money to give to God’s work. One day, she gave the minister $1, the total that she had managed to accumulate; she also gave him a letter that explained what the money was for. The minister accepted it gratefully; he had been trying to get $5, 000, 000 to purchase a property for ministry purposes. Sometime after, the little girl died, and the minister still only had the dollar. He spoke to the owners of the property and showed them the little girl’s letter.

They accepted the $1 as full payment for the property. God is no respecter of persons. If we trust Him, He will meet our needs and at times He will do so in supernatural ways. Just as Jesus demonstrated wisdom in creation, He will give you strategic wisdom to deal with any situation. Much is being made of the economic recession. Pharaoh, in the time of Joseph, was given a dream, the interpretation of which was that seven years of famine will follow seven years of plenty. Those seven years of famine are equivalent to our recession, yet God gave Joseph strategic wisdom to know exactly what to do. Similarly, God will give His people the solutions that are needed not only to weather this crisis, but to come out victoriously. If everything belongs to God, then we can be assured that there is no lack in His kingdom.